Why Is Denver's Housing Market Still On Fire?

Why Is Denver's Housing Market Still On Fire?

It's summer. The days are longer. The daffodils are and cherry blossoms are blooming. And real estate agents are about to get a whole lot busier.
Summer is normally a busy home buying and selling season, but there's nothing normal about Denver's real estate market, which is still rocketing along. The question is, why?

The inventory of existing homes for sale is at historic lows. What’s driving that?

It’s basically supply and demand. If you look at the charts, what you see is that we’re seven years past our downturn. We peaked, and then we were down for a couple of years, and for seven years our market has been coming back because we have a lot of people that want to live in the metro Denver area; it’s a very, very popular place to live. So the demand is going up, especially with young people. And supply is just not up, we have more building than we had during the downturn. But it is simply not keeping up.

Why is supply not keeping up with demand?

What the builders would say is that it is relatively difficult to get loans, and they simply can’t build housing that anybody would consider affordable. So what you see is a lot of building going on, a lot of construction downtown. But that tends to be luxury building. So nobody is building $180,000 condos or $220,000 houses. It’s just unaffordable for the builders, they say, to do that. So they’re not doing it, and therefore that demand is not getting satisfied.

What is your advice for potential buyers then?

Well, if they’re looking at the lower end, it may be to move out of the city, it may be to get a two bedroom instead of a three bedroom, it may be to get a fixer upper, it may be to wait a little longer and put more money down. The people who are suffering are the folks who are renting with rents having also gone up for seven years in a row. Fortunately interest rates are still relatively low. But I don’t have a lot of really good advice because I don’t expect this market to peak anytime soon.

People are stuck in their homes because they can’t find a place to buy. Is the same true for people who want to sell?

Three or four years ago we were a little bit confused as an industry. We said people should just sell their homes because they have lots of equity and move into another home and we thought a whole bunch of supply would come on the market. What we found was that we were wrong. Someone with a $350,000 home couldn’t find anything to move up to, and the same thing in other price brackets. To be honest it’s hard to figure out how that’s going to end.

Is there a danger that there’s going to be another housing bubble?

Yes. Will the market turn at some point? I’ve got to believe it will. Will it be next month or eight years? I don’t know, and I wish I did. If you push me I’m going to tell you I think it’s going to be years out, at least three to five years, only because we can’t see anything changing the dynamic of the market right now.

Are you finding clients who are priced out of living in Denver?

We actually have seen that. And that’s very tough. And so one of the questions would be, would people simply stop moving to Denver? Will, some people be priced out, and have to move out of state? Yes, but the experts, who I do believe, because they are very good at what they do, think that our population will continue to grow for the foreseeable future which makes me continue to be bullish for our real estate market. Unfortunately it’s very very tough for people at the margin, whose rents are going up 10 percent a year and who are having a hard time finding a home. 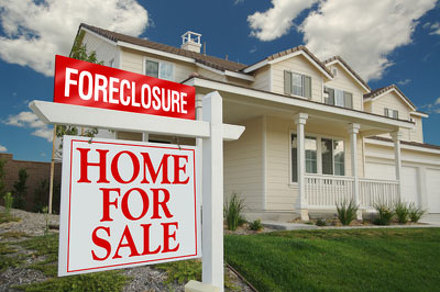 Oct 2, 2015 Real Estate
Colorado foreclosure filings down 31 percent in May